Home songs MY PEOPLE, GIVE EAR 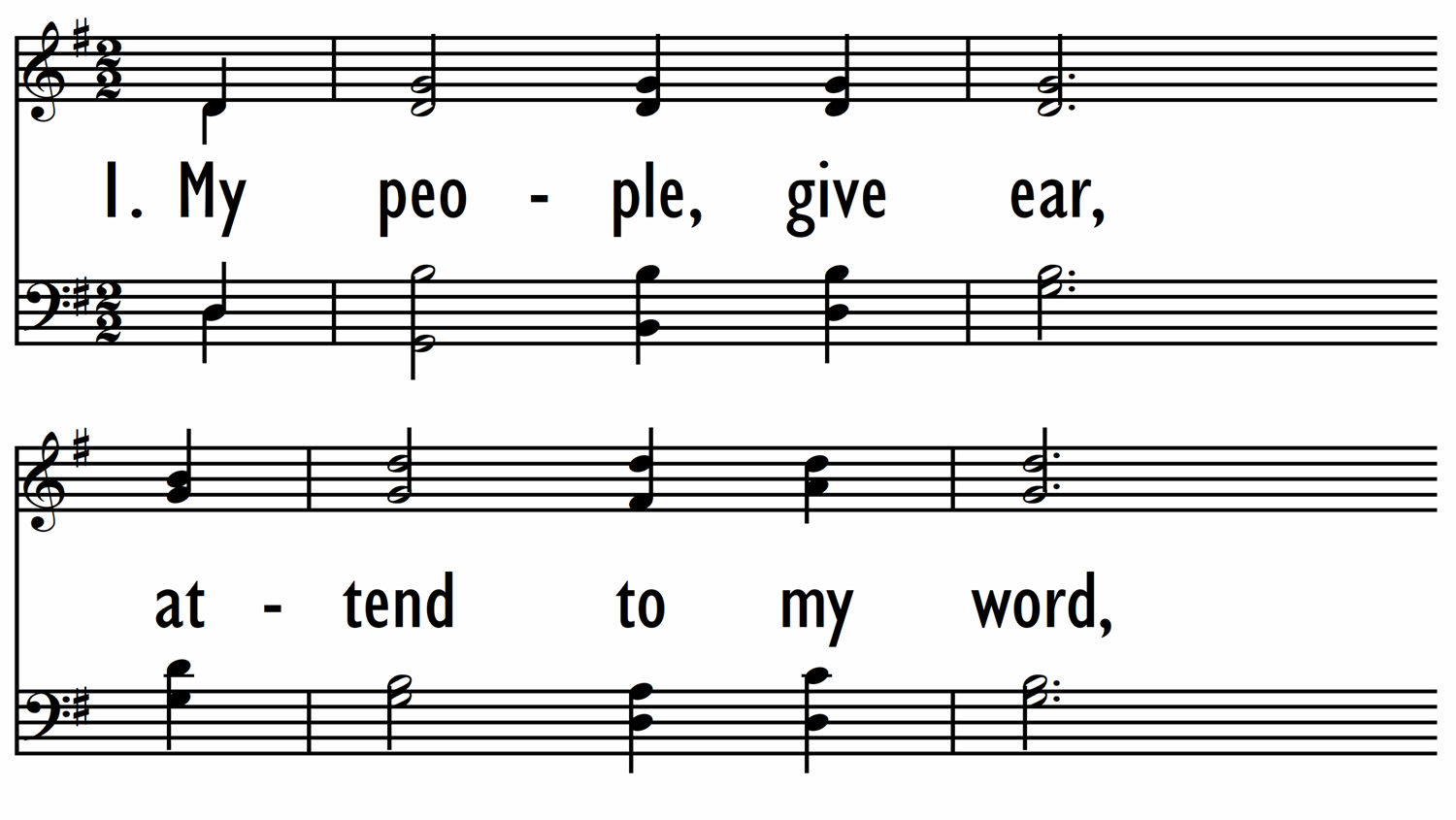 My people, give ear, attend to My Word, In parables new deep truths shall be heard;

My people, give ear, attend to My Word,
In parables new deep truths shall be heard;
The wonderful story our fathers made known
To children succeeding by us must be shown.

Instructing our sons we gladly record
The praises, the works, the might of the Lord,
For He hath commanded that what He hath done
Be passed in tradition from father to son.

The story be told, to warn and restrain,
Of hearts that were hard, rebellious, and vain,
Of soldiers who faltered when battle was near,
Who kept not God’s covenant nor walked in His fear.

God’s wonderful works to them He had shown,
His marvelous deeds their fathers had known;
He made for their pathway the waters divide,
His glorious pillar of cloud was their guide.

He gave them to drink, relieving their thirst,
And forth from the rock caused water to burst;
Yet faithless they tempted their God, and they said,
Can He who gave water supply us with bread?

Jehovah was wroth because they forgot
To hope in their God, and trusted Him not;
Yet gracious, He opened the doors of the sky
And rained down the manna in richest supply.

With bread from on high their need He supplied,
And more did He do when thankless they sighed;
The strong winds commanding from south and from east
He sent them abundance of quail for their feast.

Though well they were filled, their folly they chose;
Till God in His wrath o’erwhelmed them with woes;
He slew of their strongest and smote their young men,
But still unbelieving they sinned even then.

Because of their sin He smote with His rod,
And then they returned and sought for their God;
Their Rock and Redeemer was God the Most high,
Yet false were their praises, their promise a lie.

He gave them the land, a heritage fair;
The nations that dwelt in wickedness there
He drove out before them with great overthrow
And gave to His people the tents of the foe.

Again they rebelled and tempted the Lord,
Unfaithful, they turned to idols abhorred,
And God in His anger withdrew from them then,
No longer delighting to dwell among men.

He gave them to death in battle, although
His glory and strength were scorned by the foe;
Their young men were fallen, their maidens unwed,
Their priest slain in battle, none wept for the dead.

Then mercy awoke, the Lord in His might
Returned, and the foes were scattered in flight;
Again to His people His favor He showed
And chose in Mount Zion to fix His abode.

His servant He called, a shepherd of sheep,
From tending his flock, the people to keep;
So David their shepherd with wisdom and might
Protected and fed them and led them aright.