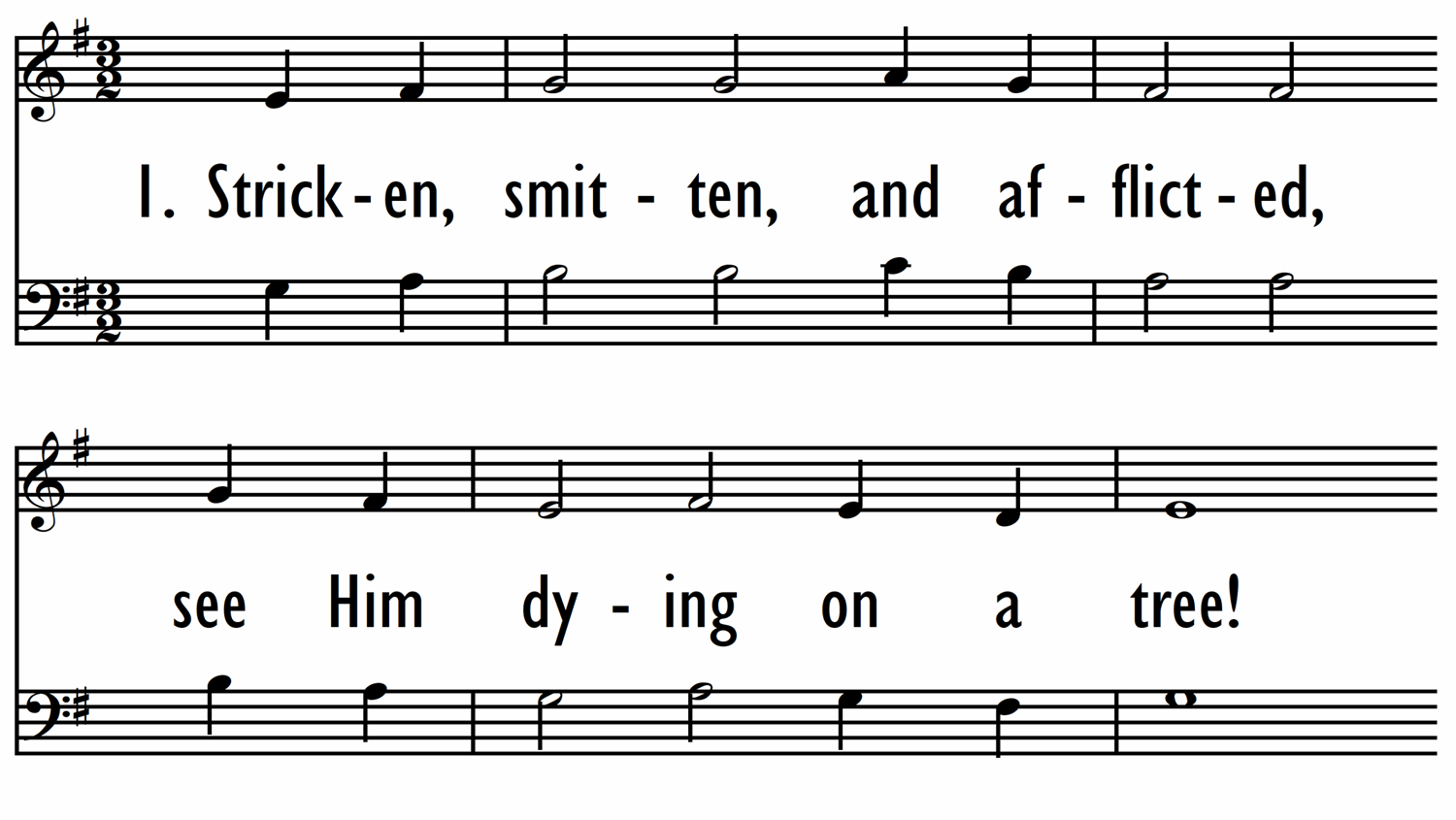 1 Stricken, smitten, and afflicted,
see him dying on a tree!
He, the Christ, by man rejected;
oh my soul, my soul, 'tis he!
He the long-expected prophet,
David's Son, yet David's Lord;
see the Author of creation,
He the true and faithful Word.

2 Tell me, you who hear His groaning,
was there ever grief like His?
Dearest friends His cause disowning,
soldiers mocking His distress.
Many hands were raised to wound him,
none would interpose to save;
but the deepest stroke that pierced Him
was the stroke that justice gave.

3 Ye who think of sin but lightly
nor suppose your evil great
here may view its nature rightly,
here your guilt may estimate.
See the sacrifice appointed,
see Who bears the awful load!
'Tis the Word, the Lord's Anointed,
Son of Man and Son of God.

4 Here we have a firm foundation,
here the refuge of the lost;
Christ, the Rock of our salvation,
Christ, the name of which we boast.
Lamb of God, for sinners wounded,
sacrifice to cancel guilt!
None shall ever be confounded
who on Him their hope have built.

Updated Format! Beginning in November of 2016, we changed the way we formatted our PowerPoint files. The font is larger and the staff lines are bolder, making the songs easier to read from a greater distance, including smaller screens/monitors in the rear of the sanctuary.

All songs digitized previous to that date are in the "older" format.