Home songs THE SON OF GOD GOES FORTH TO WAR 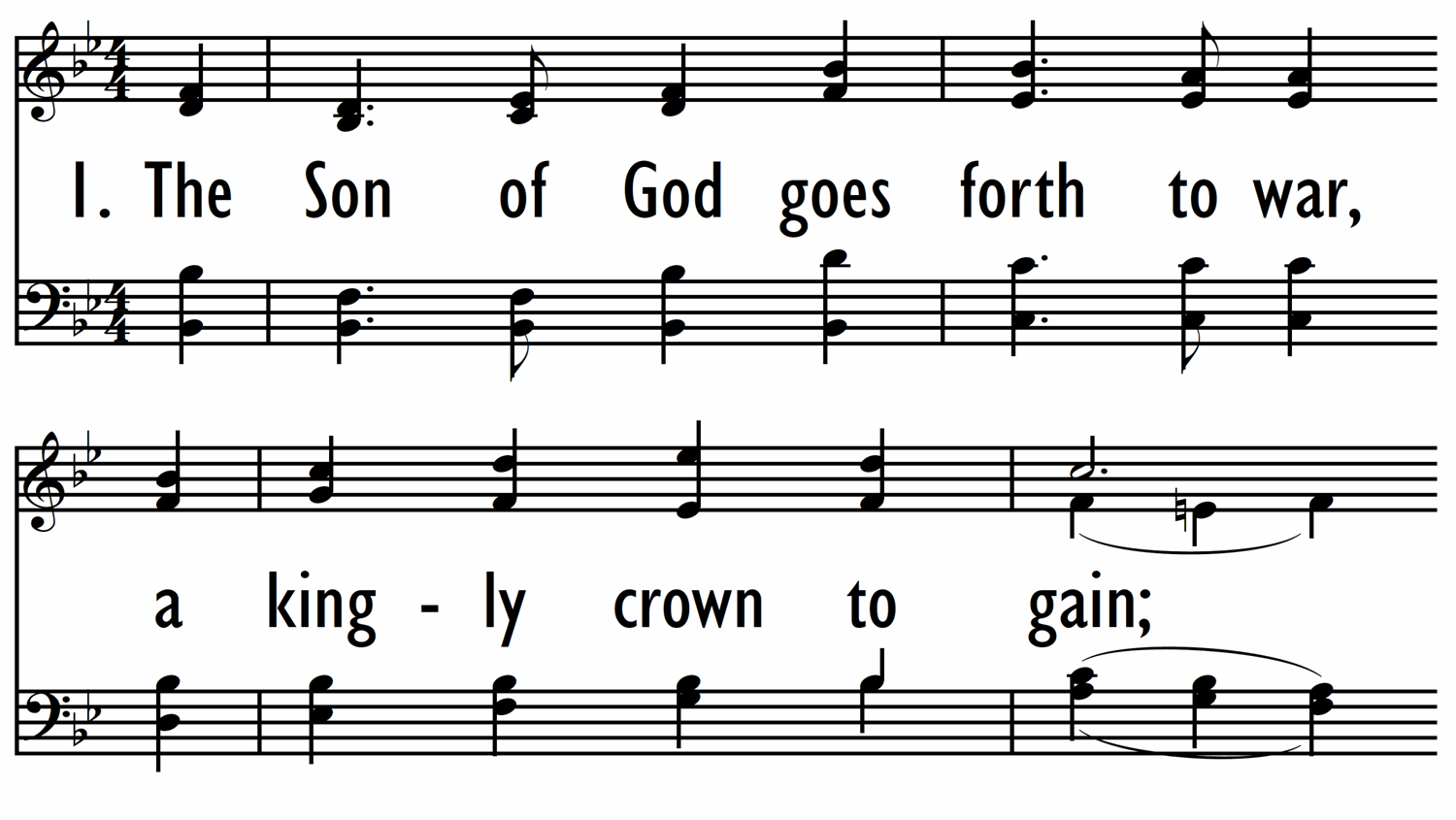 The Son of God goes forth to war, a kingly crown to gain;

2. The martyr first, whose eagle eye
could pierce beyond the grave,
who saw his Master in the sky
and called on him to save:
like him, with pardon on his tongue
in midst of mortal pain,
he prayed for them that did the wrong:
who follows in his train?

3. A glorious band, the chosen few
on whom the Spirit came,
twelve valiant saints, their hope they knew,
and mocked the cross and flame:
they met the tyrant’s brandished steel,
the lion’s gory mane;
they bowed their necks the death to feel:
who follows in their train?

4. A noble army, men and boys,
the matron and the maid,
around the Savior’s throne rejoice,
in robes of light arrayed:
they climbed the steep ascent of heav’n
thro’ peril, toil, and pain:
O God, to us may grace be giv’n
to follow in their train.