Home songs WHO IS MY NEIGHBOR? 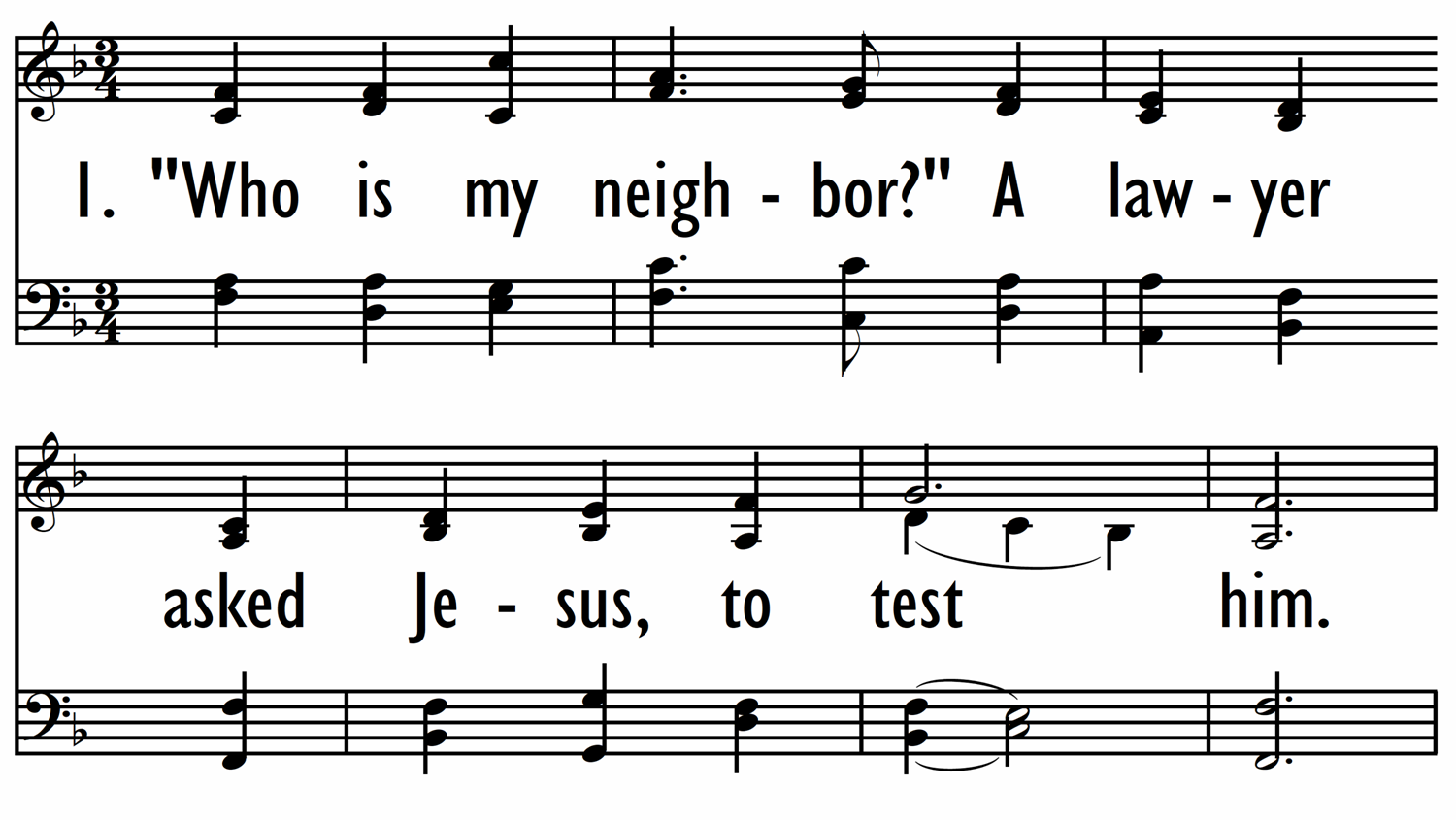 "Whop is my neighbor?" A lawyer asked Jesus, to test him.

"Who is my neighbor?" A lawyer asked Jesus, to test him.
So Jesus told him a story to answer his question:
Lonely the way ...
Lonely the traveler one day ...
Robbers attacked him and left him.

First down the road came a priest who just chose to ignore him.
Next came a Levite who wouldn't do anything for him.
Then one despised,
Hated in everyone's eyes,
Knelt down to heal and restore him.

Tending the wounds of the man, the Samaritan labored.
He was the one with compassion, the one in God's favor.
Not by a creed
But by responding to need,
He proved to be the good neighbor.