Home songs WITH JOY LET US SING TO THE LORD 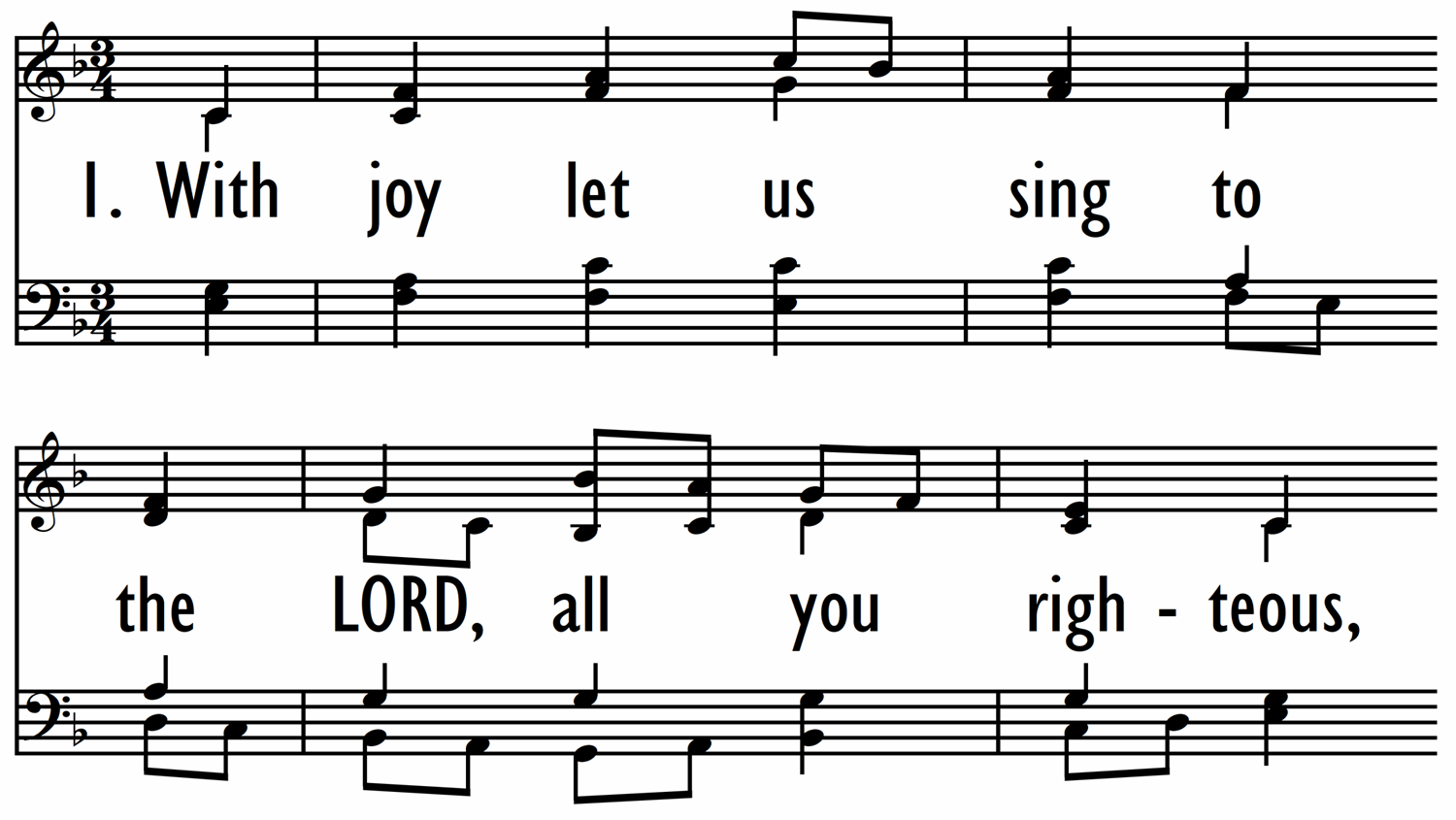 With joy let us sing to the LORD, all you righteous, for fitting it is that the upright give praise.

1.With joy let us sing to the LORD, all you righteous,
for fitting it is that the upright give praise.
And skillfully praise him with harp and with lyre;
make music to God, a new song to him raise.
For upright and true is the word God has spoken;
the works of the LORD his great faithfulness prove.
And he loves true righteousness, justice, and judgment;
the ends of the earth show the LORD’s steadfast love.

2.The LORD by his word has created the heavens;
and he by his breath made the stars come to be.
The depths of the ocean he heaps up together,
and puts in a storehouse the waves of the sea.
So let all the earth and its people revere him,
and in the LORD’s presence with awe let them stand.
He spoke, it was done, and continues to stand fast;
it all was accomplished when he gave command.

3.The LORD brings to nothing the plans of the nations;
he frustrates their counsel and makes their schemes fail.
But all that the LORD in his heart has intended,
the plans he has made, will forever prevail.
The nation the LORD has embraced is most blessed,
where he is acknowledged to be God alone;
this people he claims, his inherited portion,
the ones he has chosen and calls as his own.

4.The LORD looks from heaven to see all of mankind,
he looks from his throne on all dwelling on earth—
the same one who made them, who all their hearts fashioned,
who knows what they do and considers its worth.
The king is not saved by the strength of his army;
the soldier as well should not trust his own might.
The strength of a horse does not make rescue certain;
a horse is a false hope for winning the fight.

5.Behold, the LORD’s eye is upon all who trust him,
who hope in his love, and, in awe, him revere.
They trust that from death he will rescue and save them,
and keep them all living when famine comes near.
The LORD we await is our help and protection,
our heart is glad, trusting in his holy name.
O LORD, let your covenant love be upon us,
as we hold to you and the hope that we claim.